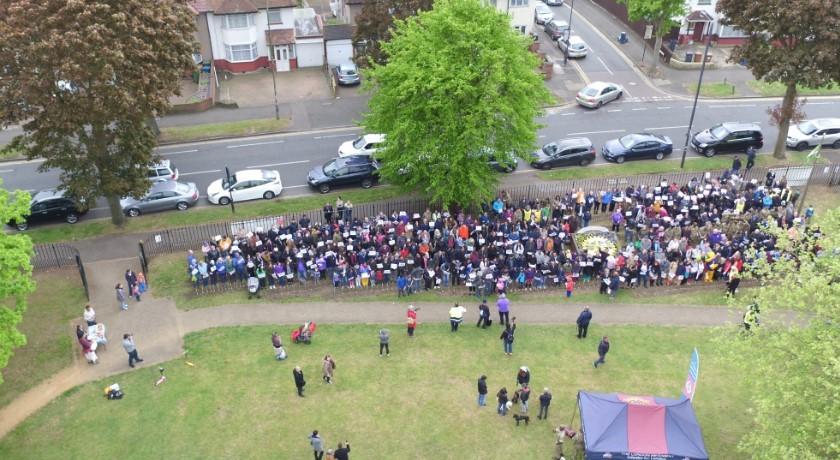 Hundreds of volunteers broke a world record by planting the most Allium bulbs simultaneously.

Members of the Stanmore and Edgware Rotary Club gathered in Canons Park, in Edgware, on Sunday, May 7, to plant their names in the Guinness World Record books.

The club used £3,000 worth of funding they received from Tesco’s Bags of Help initiative to organise the event.

The initiative ensures grants are awarded to local community projects using money raised from the 5p levy on carrier bags.

The event marked the Rotary Foundation’s 100th anniversary and was also an extension of their ‘End Polio Now’ campaign, which aims to end the disease across the globe.

The colour of the bulbs was also significant, with purple signifying the dye used to mark a child’s finger when they have been immunised against the disease.

Helen Antoniou, district governor for Rotary in London said: “It’s been far from easy but finally seeing this event come together has made it all worthwhile and will bring much needed recognition to this wholly worthwhile campaign.

“So far, our work has seen over 2.5 billion children receive proper vaccinations from polio and the number of polio-endemic countries has dropped from 125 to just three and we will continue to do everything in our power to wipe it out completely.”

The event was also supported by The Shaw Trust, Harrow Council, the FOCP (Friends of Canon Park) and Peter Bradley and Eugene Callinan from the Rotary Club of Edgware & Stanmore.